The most luxurious Andalusia train

Introducing the Al Andalus Train, a luxury Andalusia train ! You will have the privilege of traveling through the South of Spain on board the same series of cars used by the English monarchy on their journeys through France, between Calais and the Côte d’Azur in the 20’s. Framed on the stage of the romantic Belle Epoque, today this Andalusian train is a benchmark in comfort, elegance and spaciousness. The perfect combination to enjoy a luxury tour of Andalusia, with exclusive and personalized attention.

Did you know that Al Andalus luxury train is the longest on the Spanish tracks? At 450 meters in length, it would be comparable to a 150-storey skyscraper. This is due to its 14 cars wagons, which accommodate a total of 74 people, distributed in two restaurants cars, a kitchen car, a bar car, a playroom car, seven bed cars, a crew car and a generator car.

A car bar Giralda and another dedicated to salon and games Medina Azahara, wrapped in the vintage charm of the 20’s, where also the latest generation updates coexist. The ideal setting to enjoy the traditional dishes of Andalusian cuisine, have a drink while watching the splendid landscapes of southern Spain, or end the day with a lively night show. 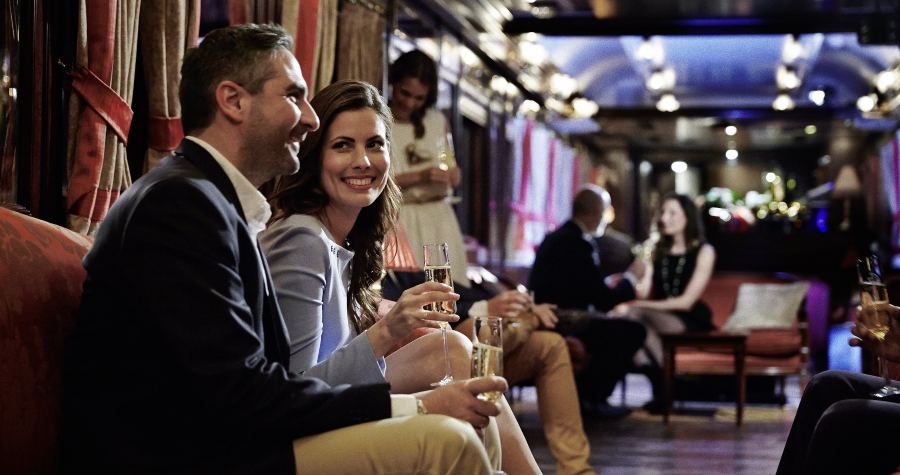 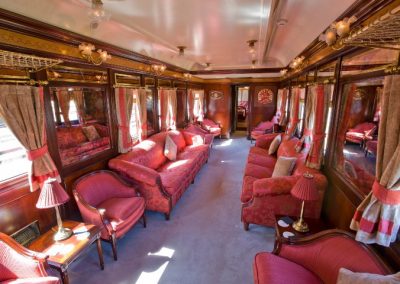 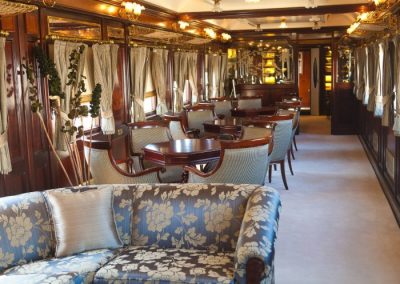 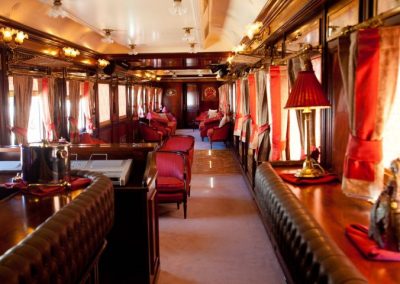 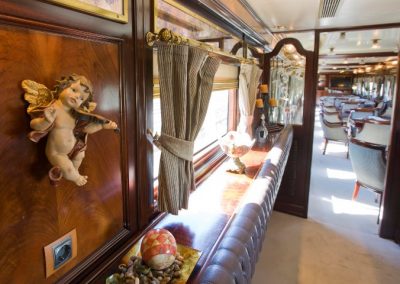 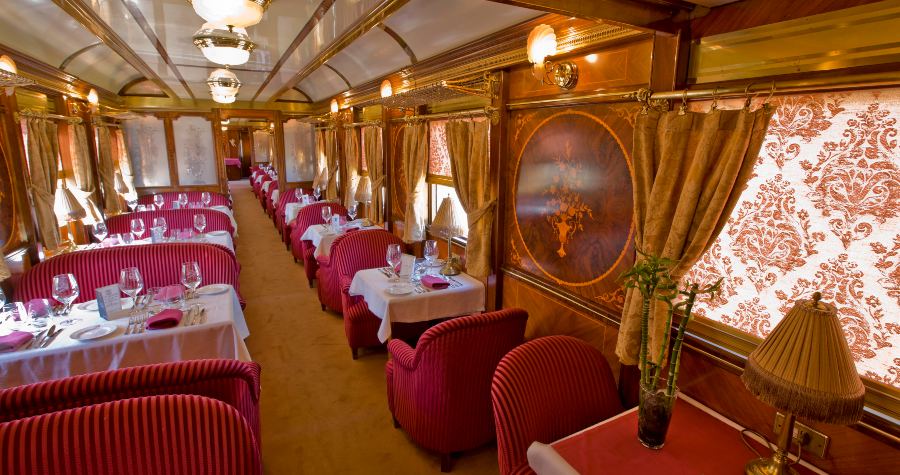 Breakfast is served daily in the Alhambra and Gibralfaro restaurants, both a la carte and buffet. A waiter will assist you directly at your table. You will also taste the lunches or dinners that take place during train journeys. The exquisite menus prepared by prestigious chefs will include the most traditional dishes of Spanish cuisine. 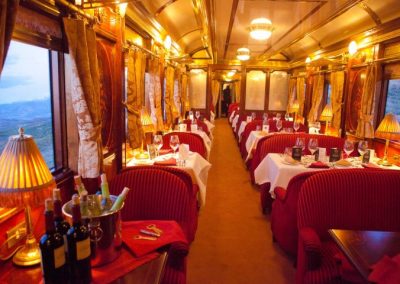 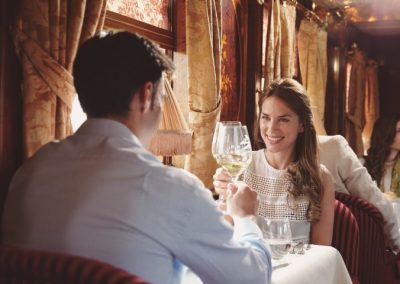 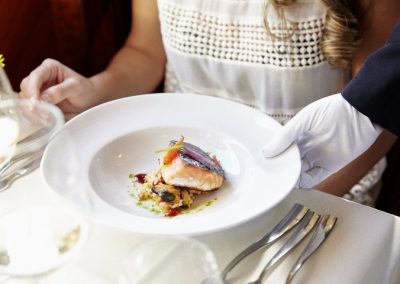 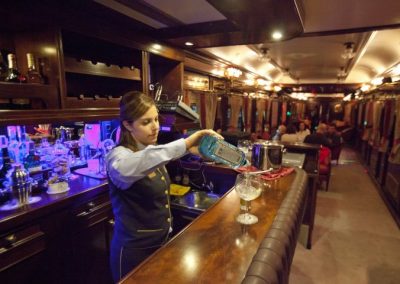 The rooms of this Andalusia train are located in seven bed wagons, five of them original wagon-Lits Company wagons, from 1929, exquisitely renovated. All suites combine glamour with maximum comfort and feature 24-hour room service.

A very cute room of 8 square meters, with two single beds. It has a wardrobe, safe, luggage compartment, minibar, customizable air conditioning and a private bathroom with hairdryer, shower and welcome amenities.

During the day the Grand Class Room will become your private living room, when you fold your beds and turn them into armchairs where you can enjoy in the privacy of the great views through the large windows.

A suite of 9.9 square meters with a carefully designed design that accommodates a large double bed of 2 meters long. Amenities include a spacious private bathroom with hydromassage shower, steam sauna, hairdryer and a welcome amenities set. In addition to wardrobe, luggage compartment, safe, minibar and individually regulated air conditioning.

By day the bed will transform into a comfortable sofa, the perfect setting to enjoy the landscape in 360 degrees from the tranquility of a comfortable and luxurious private space.

The crew of the historic Al Andalus train will be at your disposal 24 hours a day to provide you with exquisite service and personalized attention, in several languages.